Reading between the Lines: Why You Should Pay Attention to 13 Reasons Why

For some, entertainment is an escape from our daily lives, but for many others entertainment is a sensationalized account of real issues we may face. “13 Reasons Why” originally published as a young adult novel, was subsequently adapted into a series by Netflix. The series chronicles the life and subsequent suicide of teenager Hannah Baker. In the series, Hannah posthumously provides 13 cassette tapes to fellow teenagers she has come in contact with, detailing the trauma she and others endured in the weeks prior to her death.

The dark turn of the show may make it difficult for some viewers to watch, covering topics such as drug abuse, sexual assault, bullying, and suicide. While the show is effective in pulling the viewer in, it does little to prepare the viewer for what’s to come, which begs the question: when is it appropriate to address the topics of sexual abuse and suicide?

To answer this question, it is first essential that parents and educators become familiar with the content described in this series, thus providing a basis for future conversations. What “13 Reasons Why” has accomplished is opening the dialogue surrounding assault and suicide between adults and teenagers. For many, the unimaginable trauma of suicide and sexual assault, which is vividly played out on the screen for viewers to watch, is a subject that is not easily broached, however, it allows adults to empathetically gaze at the issues many teenagers face.

As parents and professionals, it is important that the conversations surrounding sexual assault and suicide be had, no matter how difficult they may be. Discussing the depictions and representations of each character may alleviate some of the concerns parents may experience, as well as allow parents the opportunity to correct some of the inaccuracies presented in the series. As teenagers who may view the series, it is imperative that it be known that there will be someone who takes these issues seriously and is willing to address them. For each of us, the series can shine a light on the importance of being intentional in how we interact with each other and how we respond to those hurting or in need of support.

If you or someone you know is struggling with thoughts of suicide please call the National Suicide Prevention lifeline, a 24-hour free and confidential service, at 1-800-273-TALK (8255).

To speak with someone regarding the issue of sexual assault please call the National Sexual Assault Hotline, available 24 hours a day, at 1-800-656-4673.

Additionally, if you or someone you know is affected by the topics discussed in the series, please feel free to schedule an appointment with one of our therapists here at Cornerstone by calling our Intake Department at (312) 573-8860. 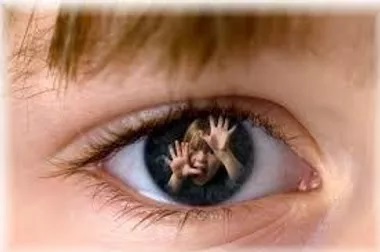 Transitions: How God Uses Them